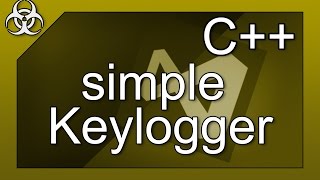 Introduction Python is a very popular interpreted scripting language. C is a very popular compiled language. Due to its compiled nature, C is generally faster than Python, but is lower-level, making Python programming quicker and easier than C programming. The questions here are whether or not the extra time taken to run a Python program (without input) will be less cost-effective than its C equivalent and whether runtime time is more important than programming time. Note:

Why 'C' Programming is Important?

Importance of ‘C’ language C language is a famous programming language due to its qualities. Some qualities are: It is robust language whose rich setup of built in functions and operator can be used to write any complex program. Program written in C are efficient due to several variety of data types and powerful operators. The C compiler combines the capabilities of an assembly language with the feature of high level language. Therefore it is well suited for writing both syst

Today I will show you how to create a simple keylogger in Visual C# Sharp, which will start up hidden from view, and record anything the user types on the keybord, then save it into a text file. Great if you share a PC and want to track what someone else is writing. You Will Need Visual C# 2010 Express Step 1 Create the Project This is semi-important, usually you don't put much thought behind this, but I recommend naming this project something like "Windows Local host Proces

C Socket Programming for Linux with a Server and Client

Typically two processes communicate with each other on a single system through one of the following inter process communication techniques. Pipes Message queues Shared memory There are several other methods. But the above are some of the very classic ways of interprocess communication. But have you ever given a thought over how two processes communicate across a network? For example, when you browse a website, on your local system the process running is your web browser, whil

Which Programming Language Should I Learn First?

Why Do You Want to Learn to Code? Depending on what it is you want to make or do, your choice might already be made up for you. To build a website or webapp, for example, you should learn HTML and CSS, along with JavaScript and perhaps PHP for interactivity. If your focus is mostly/only on building a mobile app, then you can dive right intolearning Objective-C for iOS apps or how to program with Java for Android (and other things). If you're looking to go beyond one specific

How to Create a Self Replicating Worm

The worms and viruses are mostly coded in assembly language. This gives an advantage of smaller size and the speed optimizations and much more control of developer over the worm or virus. But we are going to discus the worm creation in c++ in this section. We’ll apply the concepts studied earlier in this section. Before starting to code our first c++ worm, lets discus a little about worms structure. The worm has at least two different sections. One section takes care of

The following program, which will be called number (but which could be named number.exe, program2, or anything else desired), is still trivial, but slightly more interesting in that it introduces some additional concepts and is capable of responding to user input rather than just displaying static output. Its source code is: #include <stdio.h> main() { int count; puts("Please enter a number: "); scanf("%d", &count); printf("The number is %d \n", count); } When launched,

C Programmed Virus In this post, I will show you how to create a virus to restart the computer at every startup. That is, upon infection, the computer will get restarted every time the system is booted. As a result, the computer will become inoperable as it reboots again as soon as the desktop is loaded. For this, the virus needs to be executed only once and from then on, it will carry out rest of the operation on its own. I have programmed this virus using the C language. If

The idea behind this project was to build a tool that could be used by physical penetration testers to deliver malicious or pivot payloads to a target machine without the need of a full computer in an expeditious manner. The project uses a self powered raspberry pi with the Ada fruit LCD display with wheezy to delivery customizable payloads for use by pentesters. The LCD screen and buttons provide a menu driven selection of various tools / scripts / payloads that can easily b
1
2